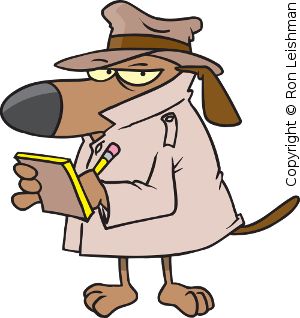 watchdogd(8) is an advanced system and process supervisor daemon, primarily intended for embedded Linux and server systems. By default it periodically kicks the system watchdog timer (WDT) to prevent it from resetting the system. In its more advanced guise it monitors critical system resources, supervises the heartbeat of processes, records deadline transgressions, and initiates a controlled reset if needed.

When a system comes back up after a reset, watchdogd determines the reset cause and records it in a file for later analysis by an operator or network management system (NMS). This information in turn can be used to put the system in an operational safe state, or non-operational safe state.

What is a watchdog timer?

Most server and laptop motherboards today come equipped with a watchdog timer (WDT). It is a small timer connected to the reset circuitry so that it can reset the board if the timer expires. The WDT driver, and this daemon, periodically “kick” (reset) the timer to prevent it from firing.

Most embedded systems utilise watchdog timers as a way to automatically recover from malfunctions: lock-ups, live-locks, CPU overload. With a bit of logic sprinkled on top the cause can more easily be tracked down.

The Linux kernel provides a common userspace interface /dev/watchdog, created automatically when the appropriate watchdog driver is loaded. If your board does not have a WDT, the kernel provides a softdog.ko module which in many cases can be good enough.

The idea of a watchdog daemon in userspace is to run in the background of your system. When there is no more CPU time for the watchdog daemon to run it will fail to “kick” the WDT. This will in turn cause the WDT to reboot the system. When it does watchdogd have already saved the reset cause for your post mortem.

As a background process, watchdogd can of course also be used to monitor other aspects of the system …

Without arguments watchdogd runs in the background, monitoring the the CPU, and as long as there is CPU time it “kicks” the WDT chip (via the driver). If watchdogd is stopped, or does not get enough CPU time to run, the WDT will detect this and reboot the system. This is the normal mode of operation.

With a few lines in /etc/watchdogd.conf, it can also monitor other aspects of the system, such as:

To top things off there is support for periodically calling a generic script where operators can do housekeeping checks. For details on how to configure this, see the watchdogd.conf(5) man page.

Without any arguments, watchdogd opens /dev/watchdog, forks to the background, tries to to set a 20 sec WDT timeout, and then kicks every 10 sec. See the Operation section for more information.

watchdogd runs at the default UNIX priority (nice) level, unless the process monitor is activated, in which case it runs at an elevated real time priority.

To force a kernel watchdog reboot, watchdogd supports SIGPWR, used by some init(1) systems to delegate a reboot. What it does is to set the WDT timer to the lowest possible value (1 sec), close the connection to /dev/watchdog, and wait for WDT reboot. It waits at most 3x the WDT timeout before announcing HW WDT failure and forcing a reboot.

All of these monitors can be very useful on an embedded or headless system with little or no operator.

The two values, warning and critical, are the warning and reboot levels in percent. The latter is optional, if it is omitted reboot is disabled. A script can also be run instead of reboot, see the .conf file for details.

Determining suitable system load average levels is tricky. It always depends on the system and use-case, not just the number of CPU cores. Peak loads of 16.00 on an 8 core system may be responsive and still useful but 2.00 on a 2 core system may be completely bogged down. Make sure to read up on the subject and thoroughly test your system before enabling a reboot trigger value. watchdgod uses an average of the first two load average values, the one (1) and five (5) minute.

The RAM usage monitor only triggers on systems without swap. This is detected by reading the file /proc/meminfo, looking for the SwapTotal: value.

watchdogd v2.0 and later comes with a process supervisor (previously called pmon). When the supervisor is enabled, and the priority is set to a value > 0, the daemon runs as a real-time task with the configured priority. Monitored clients connect to the supervisor using the libwdog API.

See below for details on how to have your process internal deadlines be supervised.

When a process fails to meet its deadlines, or a monitor plugin reaches critical level, watchdogd initiates a controlled reset. To see the reset cause after reboot, the following section must be enabled in the /etc/watchdogd.conf file:

The file setting is optional, the default is usually sufficient, but make sure the destination directory is writable if you change it.

To use pmon a client must have its source code instrumented with at least a “subscribe” and a “kick” call. Commonly this is achieved by adding the wdog_kick2() call to the main event loop.

All API calls, except wdog_ping(), return POSIX OK(0) or negative value with errno set on error. The wdog_subscribe() call returns a positive integer (including zero) for the watchdog id.

It is highly recommended to use an event loop like libev, libuev, or similar. For such libraries one can simply add a timer callback for the kick to run periodically to monitor proper operation of the client.

For other applications, identify your main loop, its max period time and instrument it like this:

See also the example/ex1.c in the source distribution. This is used by the automatic tests.

By default, watchdogd forks off a daemon in the background, opens the /dev/watchdog device, attempts to set the default WDT timeout to 20 seconds and then goes into an endless loop where it kicks the watchdog every 10 seconds.

If a device driver does not support setting the WDT timeout, watchdogd attempts to query the actual (possibly hard coded) watchdog timeout and then uses half that time as the kick interval.

When watchdogd backgrounds itself syslog is implicitly used for all informational and debug messages. If a user requests to run the daemon in the foreground watchdogd will also log to STDERR and STDOUT, unless the user gives the --syslog argument to force use of syslog.

The code has both INFO() and DEBUG() statements sprinkled almost everywhere. Use the --loglevel=debug command line option to enable full debug output to stderr or the syslog, depending on how you start watchdogd.

watchdogd is tailored for Linux systems and should build against any C libray. v2.1 and later require a few external libraries: libite, libuEv, and [libConfuse][]. Neither should present any surprises, all use de facto standard configure scripts and support pkg-config which the watchdogd configure script use to locate libraries and header files.

Hence, the regular ./configure && make is usually sufficient to build watchdogd. But, if libraries are installed in non-standard locations you may need to provide their paths:

To build the source from GIT, see below.

watchdogd(8) is an improved version of the original, created by Michele d’Amico and adapted to uClinux-dist by Mike Frysinger. It is maintained by Joachim Nilsson collaboratively at GitHub.

The original code in uClinux-dist is available in the public domain, whereas this version is distributed under the ISC license. See the file LICENSE for details.

The logo, “Watch Dog Detective Taking Notes”, is licensed for use by the watchdogd project, copyright © Ron Leishman.

If you find bugs or want to contribute fixes or features, check out the code from GitHub:

The autogen.sh script runs autoconf, automake, et al to create the configure script and such generated files not part of the VCS tree. For more details, see the file CONTRIBUTING.