Sometimes I just cannot help myself. It’s like finding a stray puppy, or abandonded kitten … … I recently decided to adopt mini-snmpd since the original upstream site had passed into the great beyond. At this point in my life almost everyone I know can tell you I have no warm fuzzy feels for SNMP, at all. So why did I even consider this to begin with?! Well, I have to confess that there are certain things that SNMP can be really useful for. [Read More] 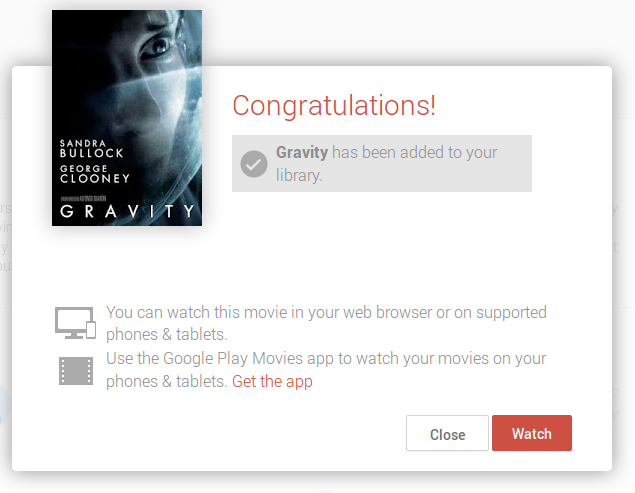 So, we finally got Google Music & Movies services in Sweden! The prices seem a bit on the steep side, apart from maybe the Music service, which is slightly cheaper than Spotify. Will try it out for a month or so to see which one I like better.

For some reason I chose Gravity as my first rental, at 39 Skr. I’ve heard so many bad reviews of it but for better or worse it’ll now be my introduction to Google Movies :-)

Sometimes people ask me what I do for a living. Usually I tend to pause and think, real hard, becuase the people asking me this aren’t programmers. They use computers, but are mostly limited to a Windows machine, writing in MS Word and browsing the Internet, mostly for Facebook.

I often start off with: “It’s a bit complicated to explain … “, by which time I’ve lost most of the people in the room listening to me. Sometimes I say: “I’m a software architect.”, because people seem to know what architects do for a living, they draw houses, design stuff and drive SAAB’s. Much like dentists. The prefix “software” however does confuse people.

There is a certain “burstyness” to the way I work on my open source projects. It seems it often coincides with intense work loads during new release cycles at work.

However, I’ve just finished restoring two pages that got lost in the big server crash:

Big thanks goes to the Wayback Machine for maintaining records of the original pages I lost!